“The Wood, the Bridge, the House”

The shadows writhe and twist as she skips down the path, singing to herself. If she turns her head, there will be nothing there, and so she does not; she keeps her eyes fixed on the path ahead, on the dappled sunlight, not the shadows between. She does not listen to the voices that whisper from the dark.

She has come this way many times before.

I had written some slightly twisted fairy-tale adaptations before, but this one took the twist in a whole new (and rather Lovecraftian) direction. “The Wood, the Bridge, the House” won an Honorable Mention in the 2003 ChiZine Short Story Contest; it subsequently appeared in Dark Wisdom, issue #9.

Thanks to a Cthulhu role-playing game a friend of mine was running at the time I wrote this story, the opening song of the Interview with the Vampire soundtrack, “Libera Me,” was on repeat the whole time I wrote this (and all of its cousins collected in Monstrous Beauty). 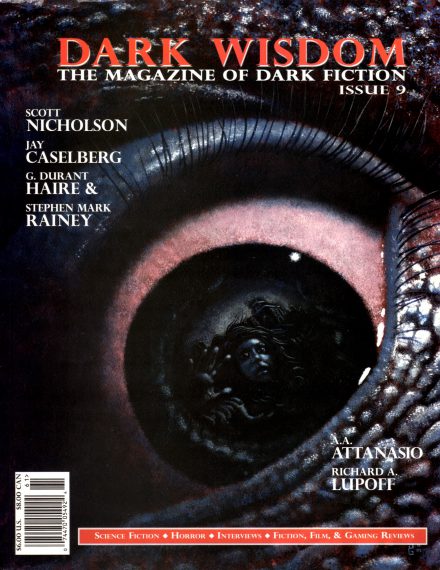