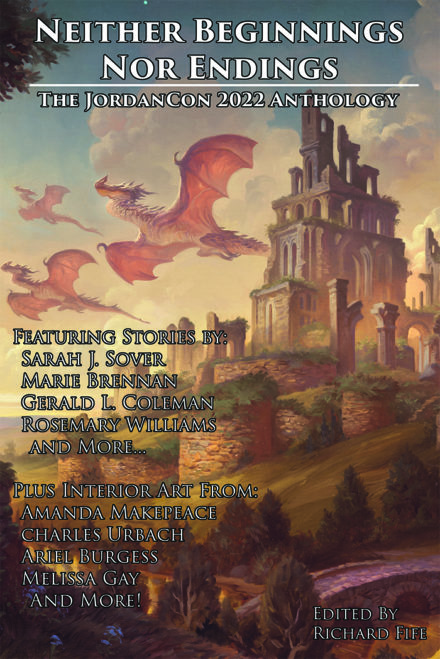 “And Ask No Leave of Thee”

I’m the kind of person who, soon as you tell me not to do something, I do it. Because fuck you, even if you are a friend. And Tia wasn’t that much of a friend.

I’ve had a fascination with the Scottish border ballad “Tam Lin” since I was a kid, courtesy of Diana Wynne Jones’ novel Fire and Hemlock, and later reinforced by Pamela Dean’s Tam Lin (published in Terri Windling’s fairy tales series, though the source is not a fairy tale per se). Those are only two of the many versions out there, and it isn’t hard to see why it’s captivated so many writers: the behavior and attitudes seen in it ring as very modern. Janet goes where she’s forbidden to go, has premarital sex, gets knocked up, goes back to ask the guy what he’s going to do about it, and winds up rescuing him from being tithed to Hell.

And yet, it took me ages to do anything with it myself. Not until I was in my thirties did I get mugged by an approach that inspired me to start typing. You can get a feel for the story’s mood from the above quote; it’s probably the single most argumentative, chip-on-the-shoulder thing I’ve ever written. And it was published in Neither Beginnings nor Endings, the JordanCon charity anthology, in April 2022!