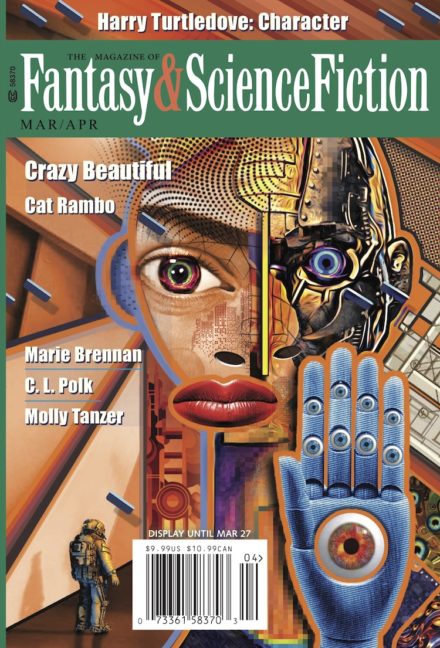 “Speak to the Moon”

On Tanegashima Island, hundreds of thousands of kilometers away, dozens of other voices doing the same, in the calm tone of accountants checking their figures.

In Kemuriyama’s heart, a poem.

I owe thanks for this story to Larry Hammer. Not only because it quotes his translations of two Heian-era Japanese poems, but because a blog post of his inspired it, by drawing my attention to certain aspects of “The Tale of the Bamboo-Cutter,” a tenth-century story that may be the oldest surviving Japanese prose narrative. I never expected that inspiration to turn into one of the most science-fictional things I’ve written — as you can tell from the opening, the main character here is an astronaut — but sometimes you have to go where the idea takes you.

Thanks also to my friends Daniel Starr, for a helpful critique, and Erin Smith, a NASA scientist who is eternally patient with the random questions I fling her way!

“Speak to the Moon” is my first-ever sale to the venerable Magazine of Fantasy and Science Fiction, and it came out in the March/April 2021 issue!