He wakes before dawn to prepare her breakfast. The spoons and pot-handles are clumsy in his curving claws, but the servants all left long ago, and so he has learned to make do. The breakfast is not what he would wish it to be; getting supplies is difficult these days. He found two eggs in a lark’s nest yesterday, though, which he cracks with painstaking care, scrambling them because anything else requires more dexterity than he possesses. There is meat, as always, and bread he stole for her.

Another one of my twisted fairy-tale retellings — though this one is less Lovecraftian than the rest. It isn’t a spoiler to say this one is based on “Beauty and the Beast,” but for anything more, you’ll have to read the story!

It appeared in Apex Magazine #39, in August 2012, and was reprinted in The Book of Apex: Volume 4, which collects fifteen issues’ worth of the magazine in both print and electronic forms. It was also reprinted in my collection Monstrous Beauty in October 2014, in the magazine Frozen Wavelets in January 2020, and in Flash Fiction Online in October 2020. Furthermore, I’m delighted to say it became the first piece of mine translated into Spanish, courtesy of the blog “Cuentas para Algernon” — if you read that language, check out “Esperando a que Bella . . .”

The last paragraph of the story is just devastating.

—Grace Troxel, Books Without Any Pictures

A very short story, but one that truly tugs at the heartstrings.

—Lizzie S, Many a True Nerd

This twist on the classic fairy tale “The Beauty and the Beast” will stop your breath.

I hope you are as touched by it as I was. 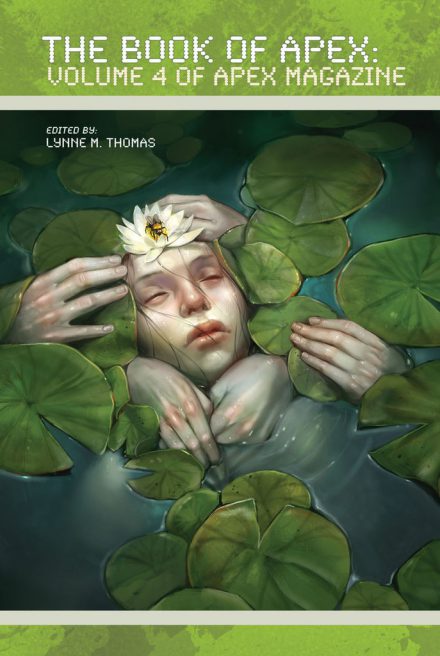 The Book of Apex, Vol. 4 cover 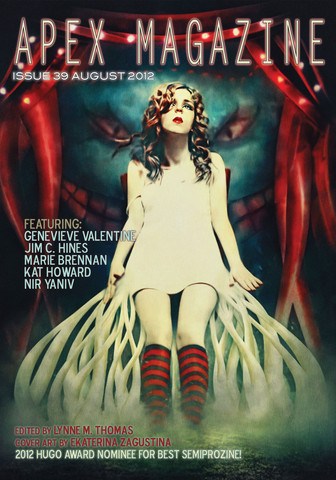 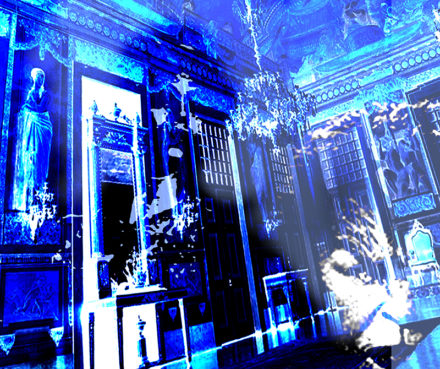 illustration for the Spanish translation "Esperando a que Bella . . ." by Pedro Belushi