Though I’m very much a gamer, at the time I wrote this story, I had never played a lot of Dungeons & Dragons. Pretty much my only experience with it was a friend’s Forgotten Realms game . . . and then a second game we played for a little while after that one ended, in which we all played the children of each other’s old characters.

This story is not the story of that game, but it’s inspired by it. Because I got to thinking about what it would be like to be an adventurer in such a world, doing all kinds of reckless and crazy things, then retiring, settling down, having kids . . . and watching them go off and do the same kinds of stuff you did when you were young. Think it’s bad sending your progeny off to college? Imagine sending them off to kill dragons! The first line walked into my head, and the rest followed from there.

“Love, Cayce” is a series of letters from a headstrong young adventurer to her parents. It appeared in issue #22 of the Intergalactic Medicine Show. You can read more about the genesis of the story over at Sideshow Freaks. 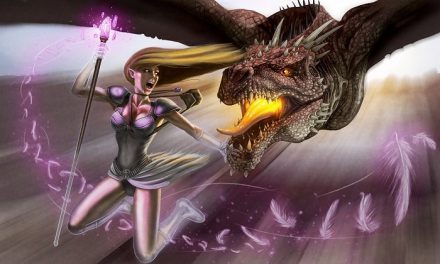