“A Mask of Flesh”

Sitting alone in the green heat of the forest, far from the road and any observing eyes, Neniza began to craft her mask of flesh.

I have a bit of a personal crusade to open the fantasy field up to a broader range of cultural inspirations, but I’ve long been aware that there are hurdles in the way of that. One of the ways around those hurdles involves poking readers’ minds a little bit further open with short stories, until there’s enough space for you to cram a novel in.

Which is an abstract way of saying: Mesoamerican fantasy may go down better in small doses, at least to begin with.

So here’s the first dose. The setting is based on some research I did a few years ago into Mesoamerican folklore; no one in it is precisely human. They’re all roughly human-shaped, but there are different races/species locked into a rigid caste system modeled on pre-Columbian Mayan and Aztec society. This means I’m tossing around words like quetzalcoatl and ocelotlaca. Don’t say I didn’t warn you.

“A Mask of Flesh” can be found in Mike Allen’s lovely anthology Clockwork Phoenix. I’m pleased to say “A Mask of Flesh,” along with eight other stories from the anthology, received an Honorable Mention in Gardner Dozois’ twenty-sixth Year’s Best Science Fiction.

This story was also reprinted in my collection Maps to Nowhere, and recorded in audio format by Serial Box.

“A Mask of Flesh” is a slow tale, relying on its mystery — something it does very well. My lasting impressions of this piece by Marie Brennan are of a tight, fascinating, and gloriously straightforward revenge tale.

Marie Brennan evokes the ancient, lost civilizations of the Mayans and Aztecs, and infuses them with an alien, mythic feel in her tale of a woman seeking revenge for her shattered caste, in “A Mask of Flesh.” Brennan does an excellent job of creating a fascinating, complex society in a short period of time, and raising a number of questions along the way. I wouldn’t mind seeing her return to this world at some point, to further flesh out things barely touched upon in this story.

Marie Brennan’s “A Mask of Flesh” might be my other favorite story in the collection–it’s set in a fascinating version of ancient Mesoamerica and follows one young outcaste as she sets out for revenge. It was brilliant, and like always, brilliantly characterized. 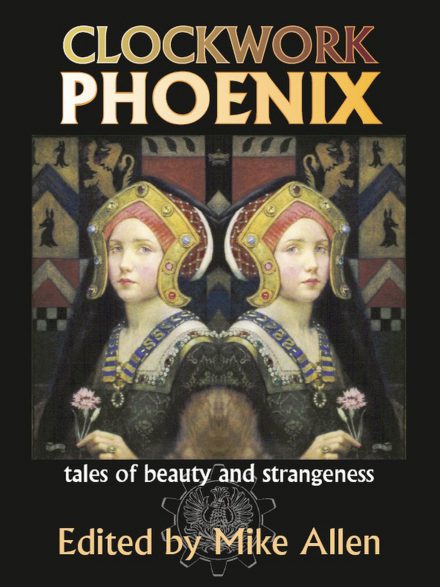