The sun’s right eye gazed down upon La Specchia, and its left eye gazed back a thousand-fold, unblinking. Clouds and high winds had blinded those thousand reflected eyes for weeks, ever since the death of the city’s ruler; but now the canals and lagoons lay flat and quiet, not a ripple disturbing their mirrored surfaces. The skies were always clear and the winds still when a Giovane met his bride.

This idea sat around in my head for the better part of a decade before finally getting written. The starting concept was simple — too simple. “What if there was a city like Venice, and its reflection in the canals was another city?” The problem with that is, it has no plot. I don’t know why it took me so many years to figure out what story I wanted to tell in that setting . . . but once I did, the words flowed like, well, water.

And I knew even before I wrote it where I wanted to see it wind up. Continuing my unbroken streak, “The Mirror-City” was published in the fifth Clockwork Phoenix anthology.

This story was also reprinted in my collection Maps to Nowhere, and will soon be podcasted in GlitterShip.

It’s a fast moving tale that feels vast and intimate at the same time.

—A Story a Day Keeps Boredom Away

A lovely story turning on a nice conceit: two cities, Venice-like, that are mirror images of each other, reflected in the water, and the marriage that unites them. 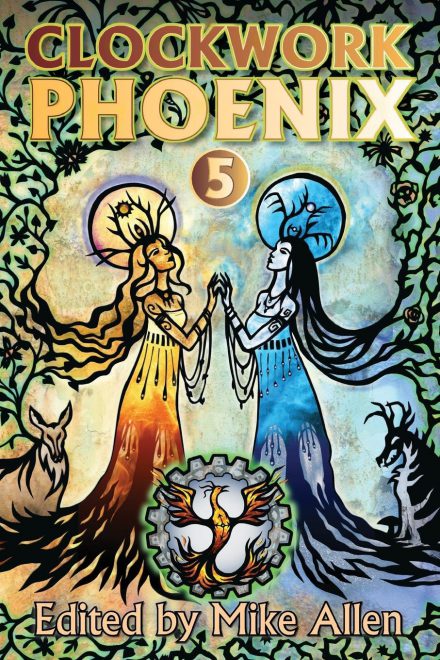