I hear the sound well before I reach the end of the path, an awful, rocky, percussive scraping that makes my teeth hurt. They say she’s at it all day, every day; if it weren’t for the charity of the village, the old woman would have starved long ago. She’s not grinding corn in that metate of hers, and she won’t be making any tortillas from the meal.

This novelette is a weird outgrowth of a character I played in a Changeling LARP some years ago — a character called Ree Varekai. It has nothing to do with those stories, in setting or character or plot; no, the connection is by way of the fact that playing Ree wound up causing me to read a lot about Mesoamerica, for reasons that will be ever so faintly visible if you recognize the type of divination Mevreš performs in Lightning in the Blood. And some of that reading gave me the idea that eventually became “La Molejera.”

And that’s about all I can say without spoiling the plot of this story.

Except to add that for a long time, this held the title for Most Research Per Word of any story I’d ever written. It has since been surpassed (by “Sankalpa”, but I think reading a 480-page ethnography of the indigenous people of the Huasteca Veracruzana for an 8500-word story is still pretty respectable. (Corn Is Our Blood: Culture and Ethnic Identity in a Contemporary Aztec Indian Village, by Alan R. Sandstrom.)

“La Molejera” was published in the Fall 2019 issue of Cirsova Magazine, and was reprinted in Down a Street That Wasn’t There.

The author’s portrait of the setting is convincing in every detail. The great verisimilitude of the story makes the final, extraordinary revelation seem very real. The climax creates a sense of cosmic awe. 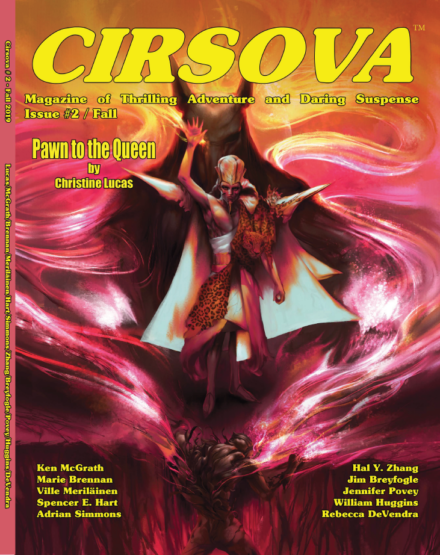