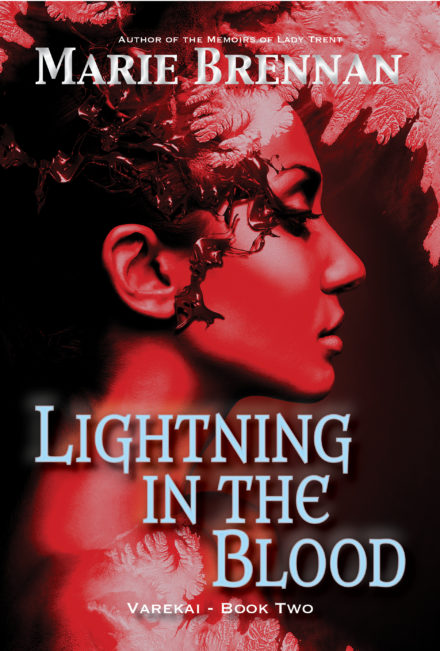 Lightning in the Blood

Once, there was a call–a binding–and so, a woman appeared, present in body but absent in knowledge of her past self. Making the ultimate journey of rediscovery was not without its own pitfalls–or rewards–and now Ree, a roaming archon, spirit of legend and time and physically now bound to her current form, has yet to fully uncover her true identity.

Ree has spent her last innumerable seasons on the move–orbiting, in some sense, the lands of her only friend in this world, Aadet, who has become intricately involved in the new post-revolution politics of his people. Swinging back from the forests surrounding Solaike, Ree falls in with another wandering band, some Korenat refugees searching for their own protection on a trade route besieged with the fallout of the recent uprising. The Korenat’s plight might not have stricken Ree so deeply, but they are accompanied by their own archon, who seems to know much more about Ree’s own origins than she ever dared to hope.

Lushly woven against a foreign, and yet familiar, fantastical setting, this is the second epic adventure in Marie Brennan’s novella series with Tor.com. Only such an acclaimed and beloved fantasist could so deftly handle the intricacies of self and society, the struggle between reclaiming one’s own fate and suffering the ravages that time brings to every life.

The second Varekai novella will be republished in early 2020! 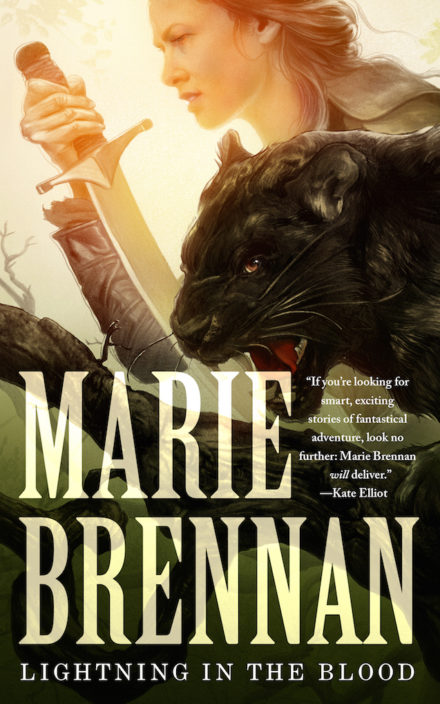