There are abundant records of the Twentieth Annual Metzger-Patel Genius Prize championship in 2131. Everything from the entry forms for each Contestant Team, to the judges’ notes on each creation, to the home videos filmed by proud parents, to helicopter footage of the aftermath.

In the taxonomy of my website, I have chosen to list this story among the contemporary fantasies. Which I think is okay, because while ostensibly I ought to call it science fiction, the “science” in there is . . . let’s just say it makes handwavium look like it’s based in rock-solid fact. The premise of this story is not a “what if” of the plausible variety; it’s “what if high school robotics were advanced enough and high school bioengineering enough of a thing that you could have a science fair that’s a giant battle between mecha and kaiju?”

It’s based on the microsetting that I wrote for the RPG expansion Tiny Frontiers: Mecha and Monsters, because I was recruited to the anthology Kaiju Rising II: Reign of Monsters by the same guy, Alan Bahr. That anthology is out now, full of stompy kaiju goodness! I’ve also reprinted it in Down a Street That Wasn’t There, and more recently in the Book View Cafe anthology Spawn of Rocket Boy and the Geek Girls. 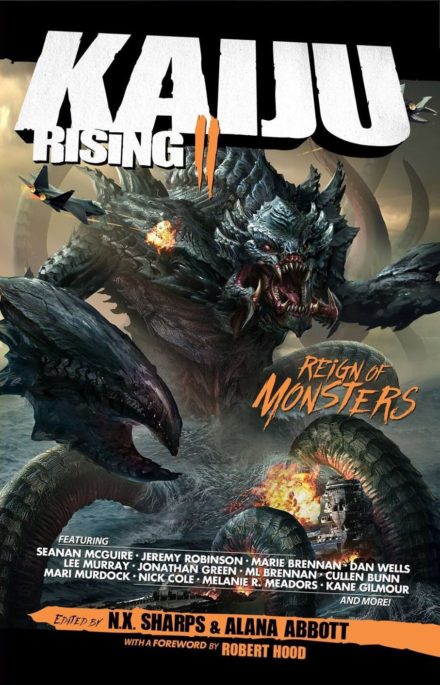 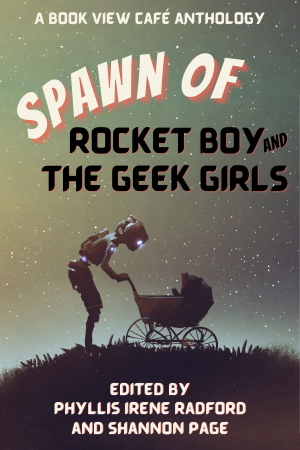 Spawn of Rocket Boy and the Geek Girls cover