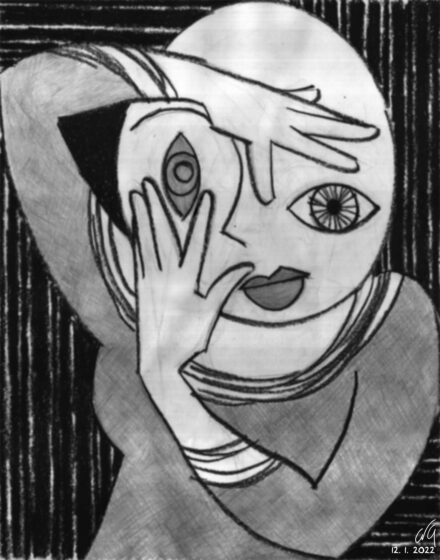 This is another piece of mine inspired by a role-playing game, though rather tangentially. I played a version of Catherine Rochester in an Aberrant (superheroes) campaign, and in the course of doing that, wound up reading some stuff about long-term undercover work that gave me an interesting idea — one that didn’t fit into the game at all, but that didn’t mean I couldn’t use it for fiction!

Fortunately for the RPG version of the character, her life was a lot better than that of story!Catherine . . . but story!Catherine got to appear in the magazine ZNB Presents!

I should also share a side note that was completely unintended, but is highly amusing to me.

The Aberrant game I played in featured another character you can now meet on the page: Missy Masters, aka Mr. Mystic, the protagonist of Alyc Helms’ first two novels. (Yes, the same Alyc Helms who is my co-writer for the Rook & Rose series.) “Crafting Chimera” doesn’t take place in the same world as the Mr. Mystic books . . . but after a fashion, our two characters will meet again!

See, our friend J — the one who ran the Aberrant game — has a policy that any player who succeeds in either making their character immortal in-story or getting fiction about them professionally published will have that character added permanently to his gaming cosmos, making cameo appearances in future campaigns he runs, regardless of the setting. Alyc beat me to that particular prize, but Catherine Rochester is now officially one of J’s canon immortals, alongside Mr. Mystic!

I had no intention of making this happen, since when I wrote the story I don’t think I knew J had that policy, and by the time I sold it I didn’t think much about the fact that Catherine had started out as an Aberrant character. But it’s a lovely side effect regardless!