I have in my possession a lovely “writing box” from Galen Leather. (If this looks familiar to some of you, yes, it’s because Yoon Ha Lee also owns one. He posted about it, I put it immediately on my wish list for future gifts, and eventually it came back into stock, whereupon my husband got it for me.) 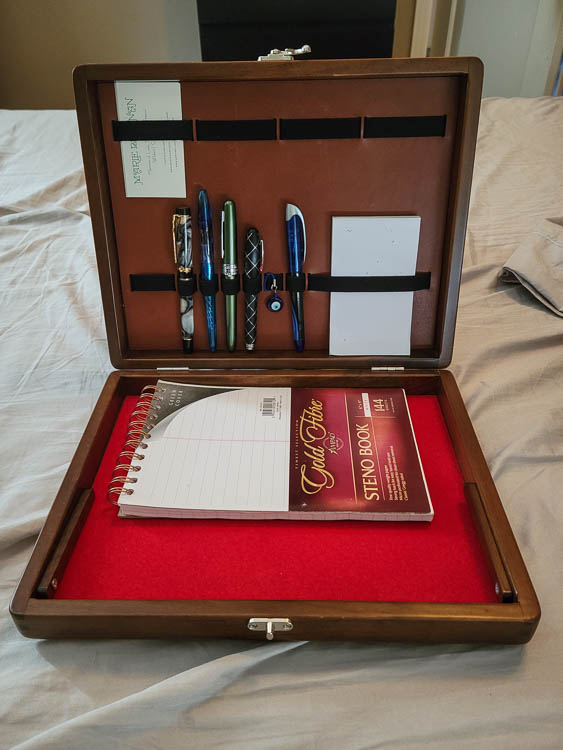 I have only one real complaint about the box, which is has to do with the strap. It snaps around the box, and while over time the use of the strap has caused the leather to stretch a little and make snapping easier . . . it’s still an annoyance, requiring me to carefully line up the various bits. 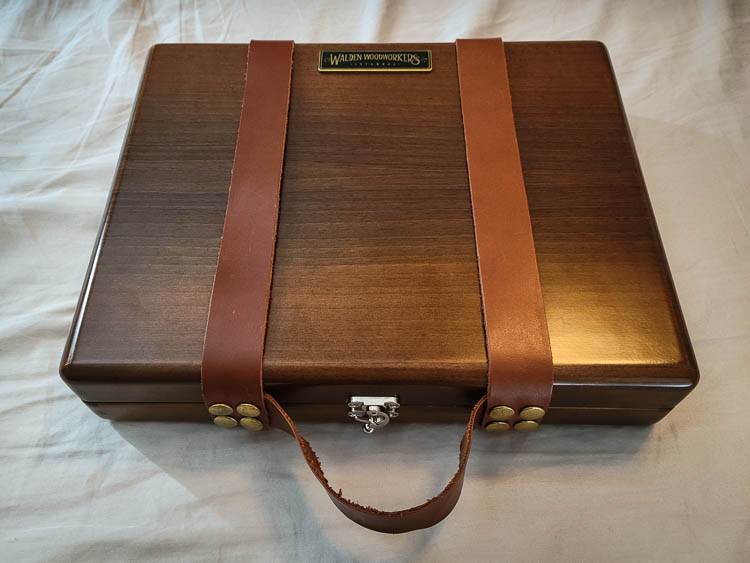 After taking the box to the Sirens conference and wrestling with it there, I had an idea for an alternate design: rather than something that holds by snapping closed, why not what amounts to a kind of net bag that can just slide over the box?

This led my thoughts in . . . certain directions. Before I chased that particular rabbit, though, I needed a proof of concept. So I went to the store, bought some sturdy woven strapping, and sewed an example of what I had in mind. 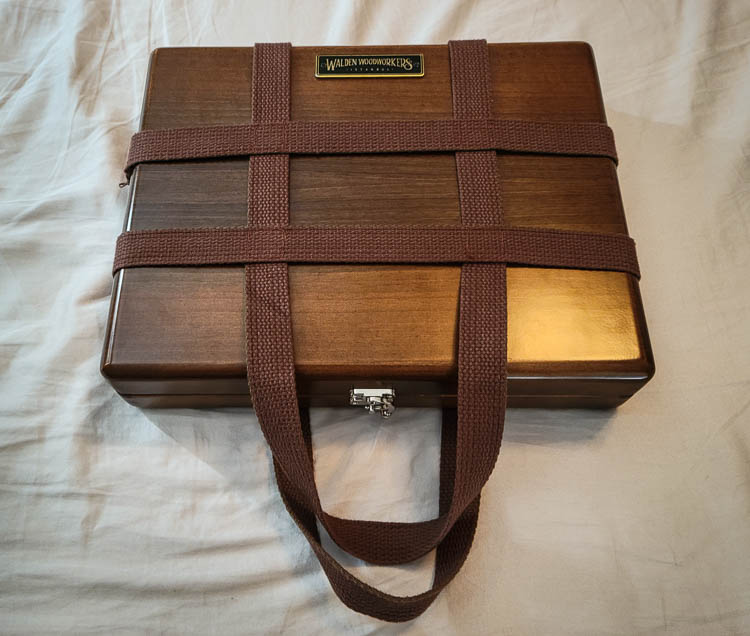 Yep, that works. Took the box to Worldcon and found this approach much less annoying than the snap-shut leather strap. But, well. It isn’t very attractive, is it?

But. Inkle weaving, while useful, is also limited. At its core, it produces a binary pattern: one row of the material will look like A, the next will look like B, and then rinse and repeat until you run out of thread warped on your loom. The technique of pick-up weaving lets you break up the alternation, but it’s still limited, and it has a downside; “picking up” a given thread means it doesn’t get secured by its over-and-under dance with the weft, and the more rows you pick it up for, the longer it’s left floating above the fabric (and the less actual fabric there is in your piece, just a weft thread shooting through the void). So you can’t do very complex patterns with inkle weaving. 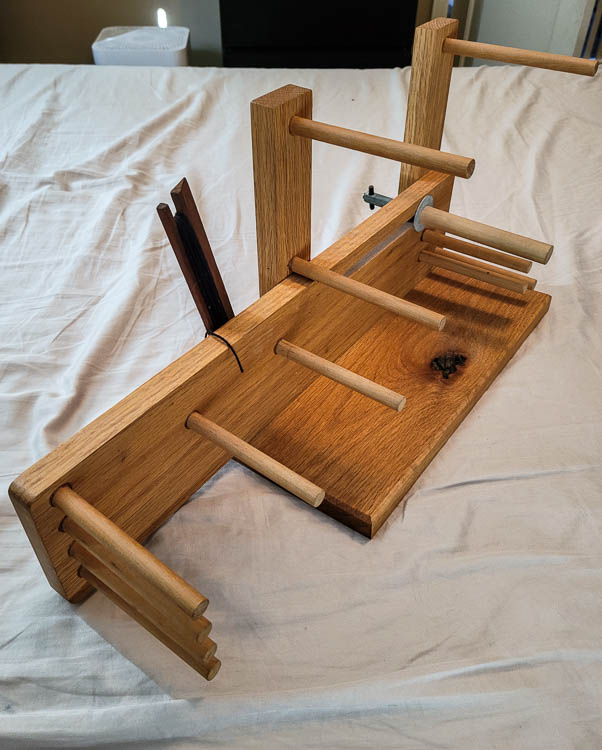 This is one of my looms. (I have three. Yes, I know I haven’t woven anything in nearly twenty years. Shut up.) It’s nice and sturdy and it has a pocket to put the shuttle in, but for our purposes here, the reason I’m showcasing this one is that it has a very interesting feature. That vertical central post?

That can be removed.

And when you remove it, you don’t have an inkle loom anymore. Instead you have something that can be used for card-weaving.

Card-weaving, aka tablet-weaving, is similar to inkle in that it produces long, narrow strips of material. But its patterns aren’t binary: every card has four threads running through it, and by rotating the cards backward and forward, you can change which two are visible (on the top side and underside of the fabric) at any given time. Depending on how you’ve warped the loom and what you do with the cards, you can produce quite complex patterns.

I mean, I have a little. Sort of. The friend who taught me to inkle-weave at one point also gave me her battered old card loom with a piece already warped on it for practice (that’s how I wound up with a third loom) and a book on the technique. I noodled around with it a tiny bit, but I wasn’t the one who’d warped the threads onto it, so I’d missed the chance to internalize that part of the process, and I didn’t know what I was doing. Eventually I cut the material off the loom, and it’s been gathering dust ever since.

If I want to weave a nice-looking carrying strap for this writing box, though, card-weaving is the way to do it.

I still have a loom. (Three of ’em, in fact, which is not especially helpful.)

I still have the book.

I have the internet to help.

I am going to try my hand at card-weaving, to make a strap for the box.

Wish me luck. I will report back as the process continues.