I should have posted about this yesterday, but, er, I was playing hooky from work. >_> (A friend of a friend was in town and had access to a sailboat. Of course I wasn’t going to pass up that chance.)

Born to the Blade has begun to air*! 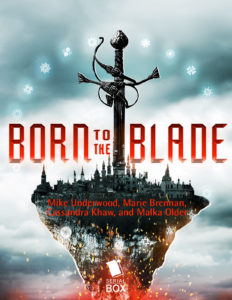 You can check out the pilot for free right now. Next Wednesday my first episode will debut!

* If that’s the right verb to use. Obviously this isn’t a broadcast situation, but on the other hand, Serial Box’s projects are structured enough like TV shows that I default to the language of that medium.