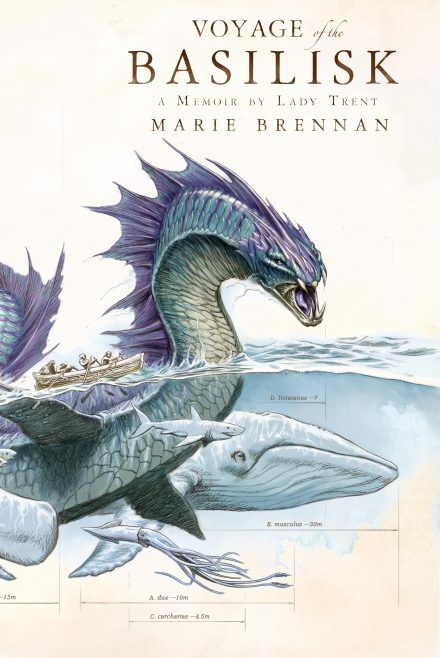 Voyage of the Basilisk

The thrilling adventure of Lady Trent continues in Marie Brennan’s Voyage of the Basilisk . . .

Devoted readers of Lady Trent’s earlier memoirs, A Natural History of Dragons and The Tropic of Serpents, may believe themselves already acquainted with the particulars of her historic voyage aboard the Royal Survey Ship Basilisk, but the true story of that illuminating, harrowing, and scandalous journey has never been revealed–until now.

Six years after her perilous exploits in Eriga, Isabella embarks on her most ambitious expedition yet: a two-year trip around the world to study all manner of dragons in every place they might be found. From feathered serpents sunning themselves in the ruins of a fallen civilization to the mighty sea serpents of the tropics, these creatures are a source of both endless fascination and frequent peril. Accompanying her is not only her young son, Jake, but a chivalrous foreign archaeologist whose interests converge with Isabella’s in ways both professional and personal.

Science is, of course, the primary objective of the voyage, but Isabella’s life is rarely so simple. She must cope with storms, shipwrecks, intrigue, and warfare, even as she makes a discovery that offers a revolutionary new insight into the ancient history of dragons.

Discoveries about the connections between dragons and humans mix with bone-punk technology, and revelations crash like waves in a satisfying conclusion. This is a good pick for lovers of Victorian fiction or those seeking a novel approach to dragons.

Fans of Patrick O’Brian’s “Aubrey-Maturin” series protagonist, Stephen Maturin, will appreciate Isabella’s devotion to her studies, and those who like the Victorian feel of steampunk might want to try this variation on the theme.

Brennan has put together a novel that is easy to read and difficult to put down: from encounters with aggressive sea-serpents to soldiers, and from battling storms at sea to aerial flights in the cause of bringing rescue to a princess.and her captors. 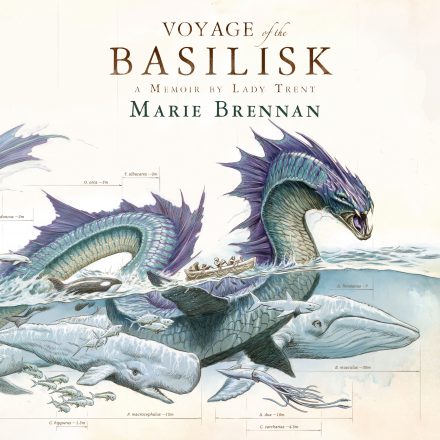 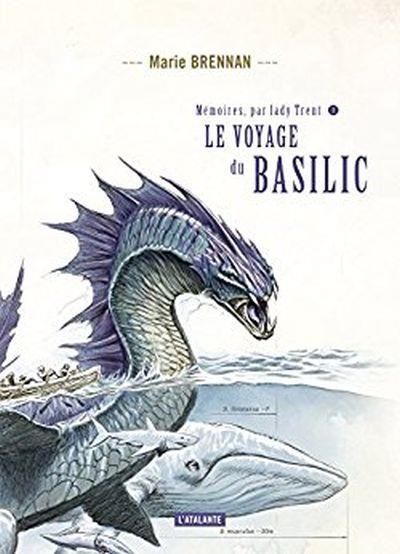 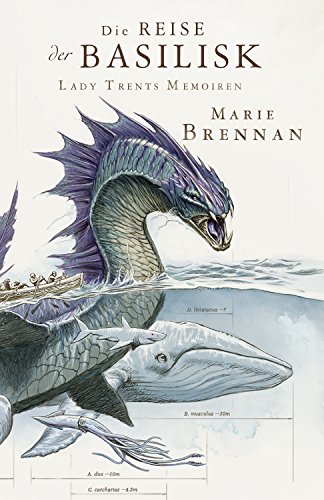 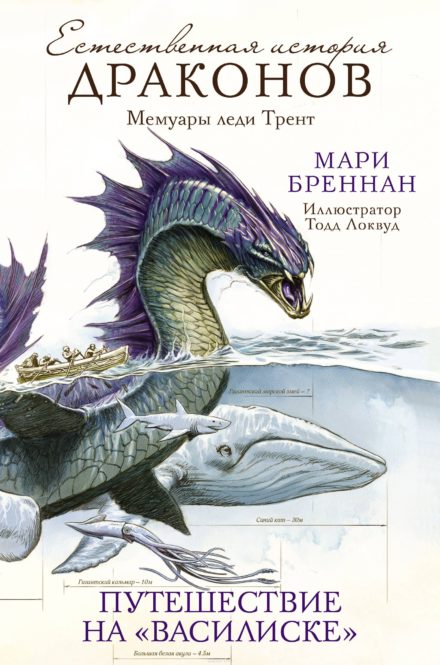