In her first light, Noirin never thought it strange that her world should be only a few blocks square, and that on the other side of the Palace Way (whose Palace had vanished before her grandmother was born) there should be a place where the people had four arms and water always fell from the sky. She never gave it any thought at all, until the day the chantry disappeared.

Unlike most Driftwood stories, this one has a specific song associated with it: a live acoustic performance of the Eagles’ “Hotel California.” In fact, a certain detail near the end of the story was inspired by a line from the song — but I won’t say which one, as it would give things away. 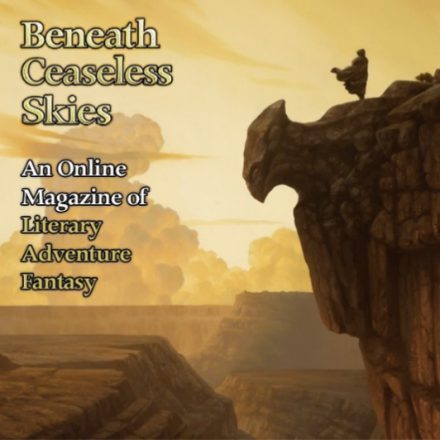 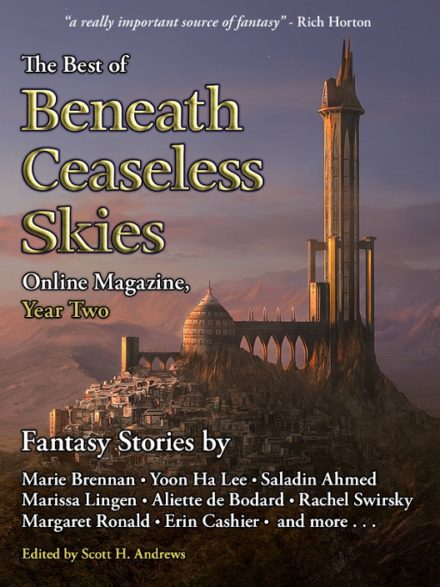 cover art from THE BEST OF BENEATH CEASELESS SKIES, YEAR TWO