I always put my research bibliography on my website, both to help any reader who wants to know more, and to acknowledge the scholars without whom I could never write these books. Where the latter is concerned, I must single out the late C. V. Wedgwood, who did more than any other historian I read to bring this period to life. Any historian will mention, for example, the attempted arrest of the Five Members, perhaps quoting one or two of the famous lines from the incident; Wedgwood goes on to say that Charles was accompanied by his nephew, and the Earl of Roxburgh was propping the door open, and some of the courtiers in the lobby mimed firing at the men in the Commons. Such details are more valuable than gold to a writer of historical fiction. All of the “real event” scenes in the first half of this book owe their truthfulness to Wedgwood; for the second half of the book and the Great Fire, I refer you to my website, and all the other scholars listed there.

I also owe an enormous debt of gratitude to those who aided me directly. Aside from all the wonderful LiveJournal folk who recommended references, I must thank Meriel Jeter and John Schofield at the Museum of London; Susanne Groom of Historic Royal Palaces; and Gwen Thomas, Robin Pyke, and Kate Robinson of the National Trust at Ham House. Ellen Rawson and Ian Walden rescued me from being at the mercy of the Sunday bus schedule in rural Oxfordshire; John Pritchard supplied me with valuable information about the history of the Vale; Allen Chilver answered questions about Parliamentary procedure; and Lothair Biedermann lent me a spot of help in placing labels on the map that will be at the front of the book.

I don’t have names for all the individuals at the Guildhall Library and London Metropolitan Archives who aided me in my documentary research while I was in London, but all hail the honorable order of librarians, without whom I would have been lost.

And particular thanks to Kate Walton and Alyc Helms, for more late-night (and sometimes afternoon) conversations about the book. Their comments kept me on course when I was lost in the wilds of seventeenth-century history — and one well-timed question from Kate regarding the Cailleach Bheur saved my sanity when I needed it most. The Kate in this novel is not named for her, but she feeds my general conviction that anyone with that name must be an excellent person indeed.

Return to In Ashes Lie 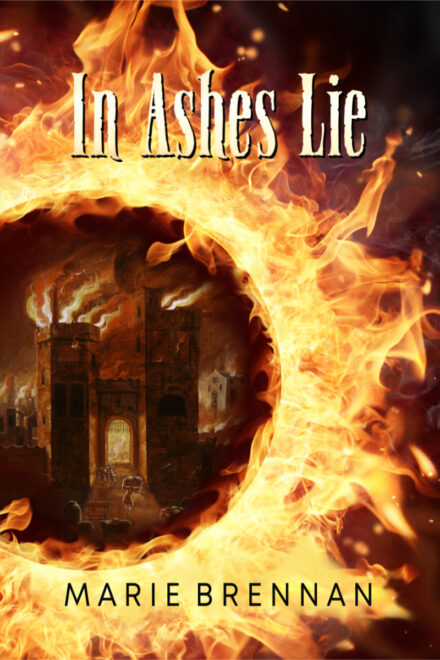