“To Rise No More”

“Come back here at once, you naughty child!”

The shouts faded into the spring air as the girl fled, laughing. When she gained the shelter of the trees, she slowed her pace; Miss Stamp would never follow her this far. The woman had tried once, the first time her charge vanished into the wood near the house at Bifrons, and had almost not found her way out again. To this day she swore the trees had moved when she wasn’t looking, and Ada was not foolish enough to tell her the truth.

In the Onyx Court novel With Fate Conspire, a flashback establishes that Ada Lovelace (the renowned mathematician who worked with Charles Babbage on his plans for the Analytical Engine) was in contact with the faeries of London. In the course of researching that novel, I read Betty Toole’s book Ada, the Enchantress of Numbers: A Selection from the Letters of Lord Byron’s Daughter and Her Description of the First Computer, and discovered that as a young girl, Ada had dreams of building herself a pair of wings with which to fly.

I couldn’t not make a story out of that.

“To Rise No More” takes place before With Fate Conspire, beginning in 1828 and ending in 1833. It was first published in Beneath Ceaseless Skies on September 1st, 2016, along with an audio version. It is also reprinted in my historical fantasy collection Ars Historica.

“Cleverly done and an intriguing, magical take on the work of Ada Lovelace.”

“This is a lovely story about difference and harmony, dreams and mathematics, the mortal world and the much more magical world residing within and around it.” 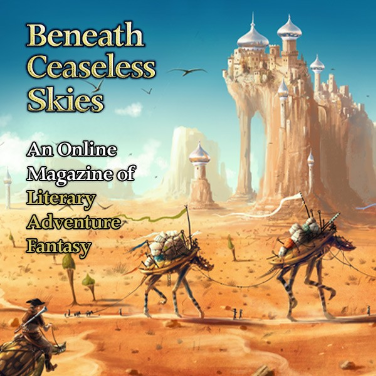