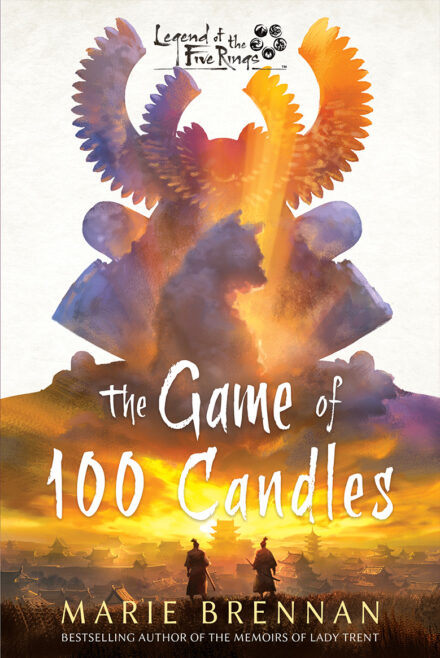 The demon-vanquishing samurai, Asako Sekken and Agasha no Isao Ryotora, are summoned to Winter Court. Their exploits with the Spirit Realms have taken a toll on the pair and the cut and thrust of Rokugani politics proves challenging. After being urged to share their tales of adventure, the Winter Court guests begin to fall into a deep sleep from which they cannot wake. Fearing foul play, the Phoenix demand retribution, but Sekken and Ryotora uncover the hand of a supernatural trickster seeking entry to the mortal realm. The path to victory will risk their lives and the strange bond between them. But they must succeed, lest something awful escape into Rokugan.

When I wrote The Night Parade of 100 Demons, I had no way of knowing if I’d get to write a sequel or not. As it turns out, the answer is yes! At which point my title was obvious: the Japanese tradition of the hyakumonogatari kaidankai, or “gathering of one hundred supernatural tales,” has been ported into Legend of the Five Rings as the Game of a Hundred Candles.

. . . no, I have no idea what I’ll call it if I wind up writing a third novel. But perhaps we’ll have a chance to find out!

In the meanwhile, The Game of 100 Candles is scheduled to be published by Aconyte Books on March 7th, 2023.