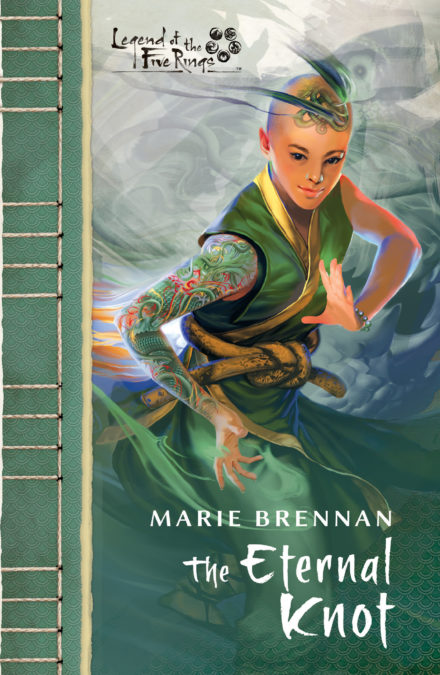 I’ve written a fair bit of short fiction for the ongoing narrative in the game Legend of the Five Rings, particularly for the mystically-oriented Dragon Clan, so when they announced the opportunity for people to pitch them novella concepts, I leapt on it immediately.

Unlike the short stories, this is a relatively stand-alone work, in the sense that you don’t need to know anything about L5R beforehand to enjoy it — though it’ll be clear that the world is much larger than this specific story, and that the events here will have consequences later on. (And if you order a physical copy instead of an ebook, it will show up with cards for the game.)

The Eternal Knot was published in November of 2019.