“The Deaths of Christopher Marlowe”

This much is certain: that on the thirtieth day of May, in the year of our Lord 1593, events transpired in a rented room in Deptford that resulted in the corpse of a man with a knife wound in his skull, above his right eye.

In between the certainties lie a hundred tales.

It’s one of our more enduring murder mysteries: just what happened to Kit Marlowe? The standard story is that the Elizabethan poet and playwright (and maybe gay atheist spy) got into an argument with a companion over who would pay for dinner, and in the ensuing fight he got stabbed in the face and died. And in fact, you can’t seem to wander through any late-Elizabethan or early-Shakespearean historical fiction without somebody busting in to wail that Marlowe is dead.

That lovely story is like Swiss cheese to anybody who wants to play conspiracy-theory games with it.

So this is my modest contribution to the >micro-genre of Marlovian fiction. It appeared in the twelfth issue of Paradox, as well as the Book View Cafe anthology Across the Spectrum and my historical fantasy collection Ars Historica.

Brennan delivers a taut, lapidary triptych depicting what might have happened that 30th of May, 1593. Her scholarship is sure, her sense of pace impeccable. The story weaves in actual testimony, reflecting the many faces truth wore during the Age of Astraea. 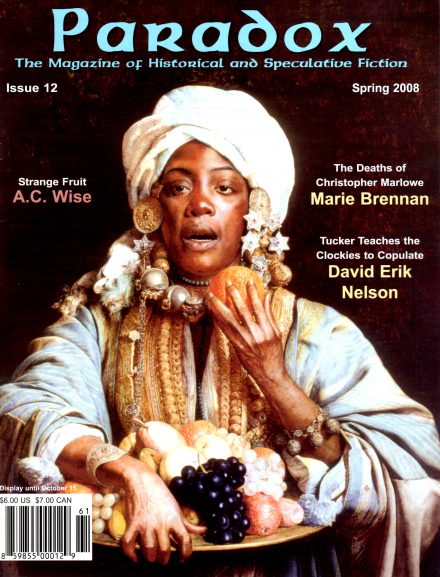 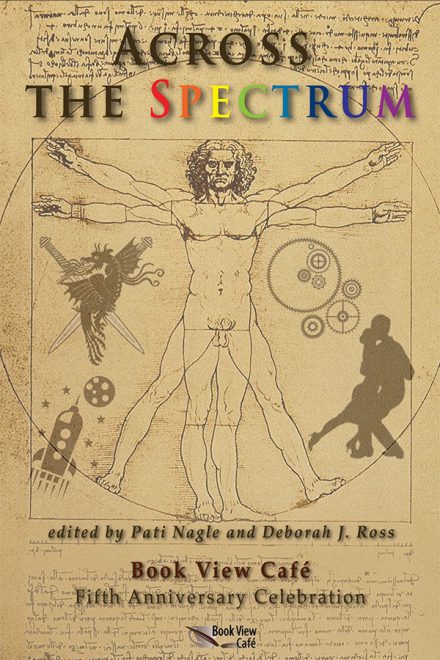 Across the Spectrum cover