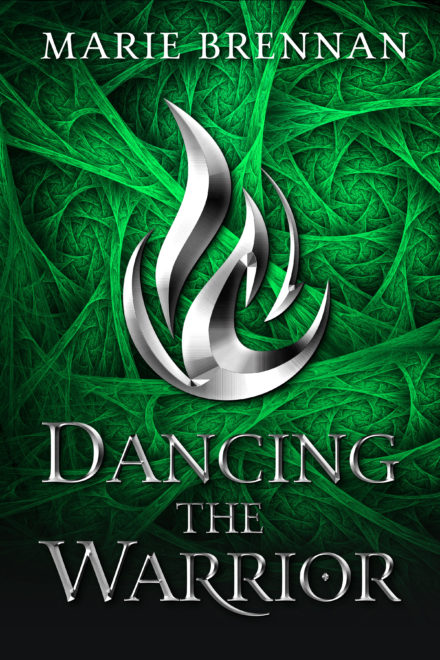 Those who serve the Warrior face the harshest of discipline. Trained from a young age to become lethal Hunters, they have no room in their ranks for the weak — or for those who join them late.

Her entire life, Seniade has felt a bond with the Warrior. Becoming a Hunter ought to be a dream come true. But first she has to prove herself worthy to stay . . . and she might just kill herself trying.

Dancing the Warrior is a standalone novella set before the events of the novels Warrior and Witch, by the author of the acclaimed Memoirs of Lady Trent series.

This is one of those stories that refused leave my head. It started life as an independent idea, born from my experience studying kung fu when my athletic background consisted of thirteen years of ballet. Before long, though, it attached itself to my (at the time) unfinished doppelganger novel, as a piece of backstory for Mirage. This gave rise to Temple Dancers and a host of other details that worked their way into the novel, as the two ideas grew in tandem.

Unfortunately, while the novel went splendidly, the backstory refused to fit itself into a nice, obliging short story shape. I made seven attempts to write it that way, only one of which, the fifth, got completed — and that one sucked. (Among other problems, I hadn’t actually figured out how to write short stories yet. I had, however, written what turned out to be a saleable novel.) Fast forward two years, and I decide to let go of this “short story” fixation: I’ll start where the story wants to start, include everything the story wants to include, end where the story wants to end, and see how long it ends up being.

The answer turned out to be “novella.” But those are a nightmare to sell, and at the time, I had no credits to my name, so the story got shelved, without me even revising it. The idea stayed with me, though, as I shopped Doppelganger around . . . and sold it . . . and saw it published . . . until one day it occurred to me that it might be neat to celebrate the five-year anniversary of my first novel by doing something with that old novella.

Nine years having passed in the interim, I had to do a ground-up rewrite of the thing. With a workable draft finally in hand, I was fortunate enough to sell the novella to Beneath Ceaseless Skies. It appeared (in two parts) in issues #66 and #67.

I owe acknowledgments to two different sources for this story. The first is Jackie Chan’s autobiography, I Am Jackie Chan, which begins with his childhood training for the Beijing Opera. Certain details of Silverfire, like the lack of food for the youngest students, were inspired by that book; but in truth I couldn’t make myself make Silverfire half as brutal as Chan’s real-life experience. The other source is my own martial arts training: kung fu originally, as I mentioned above, but more particularly Shorin-ryu karate, which is what I was studying by the time I wrote the final draft. Many of Talon’s pointers are taken from the principles of that style, and so I must thank the sensei whose words I’m parroting. Fortunately, they’re all much nicer than he is.

The music for this story was “Ninkou Latora,” from the Cirque du Soleil show Dralion.

I was impressed by the quality of this piece. It’s beautifully crafted, and felt like what it is, a small part of a much longer journey. 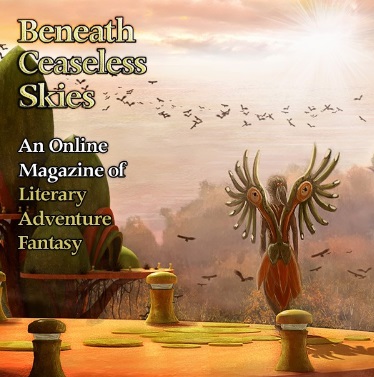