The fire of your heart. The rhythm of your breath.

She sat in the center of a ring of flames. There was water at her side; the scorching air burned it out of her as quickly as she drank it down. Her body grew hollow and light; the pulse of the drums resonated in her head and down her bones until she was nothing but the flames and the beat.

“Calling Into Silence” was my first professional success, with the Asimov Award; this story was my first sale. I officially became a published author when this appeared in Julie Czerneda’s YA fantasy anthology Summoned to Destiny.

This story is set in the Kagesedo Isles of the Nine Lands, where the local religion makes extensive use of drumming and fire. Because of that, I listened to a lot of taiko and the “Night Fight” track off of the Crouching Tiger, Hidden Dragon score while writing and revising this story.

The anthology made the “Our Choice” list in the Canadian Children’s Book Centre catalogue for 2005. “White Shadow” is now available in my short story collection The Nine Lands. 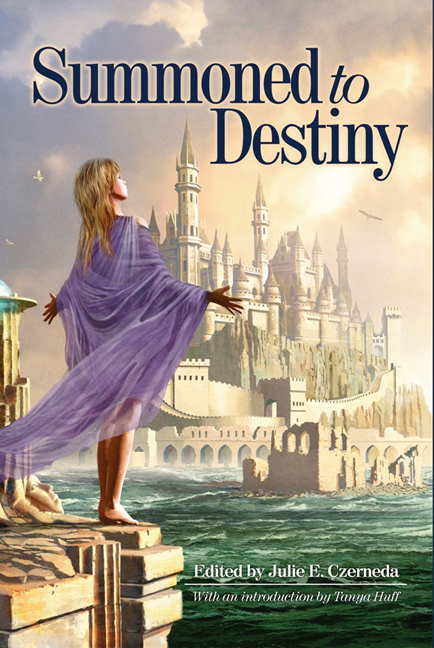 cover art for SUMMONED TO DESTINY