On the one hand, I feel like I did a stunning amount of research for Midnight Never Come; on the other hand, from “proposal accepted” to “finished draft” was a whopping 134 days. So while it’s true that I did a nosedive into the Elizabethan era and didn’t come up for air until four months later, I can’t hold a candle to those historical novelists who spend years researching their periods.

However I measure up, I certainly did accumulate a fair stack of books while producing my own. Since the research I did might be useful to other people, here’s my bibliography, as complete as I can make it, with links to the posts I made evaluating some of the titles. I didn’t read all these cover-to-cover — some of them I only dipped into for a few facts — but I might as well list them all. 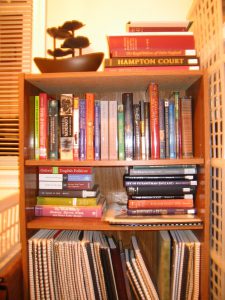 Plus a variety of online resources. Chief among those, I should name two: the Oxford English Dictionary and the Oxford Dictionary of National Biography. The latter is easy to explain; it’s a who’s who of everybody who was anybody in English history, and it meant that I had one localized online resource to turn to for chronological information, that (unlike Wikipedia) I could trust without question. The OED came in handy because, while I certainly didn’t attempt to write the novel in Elizabethan English, I did try to make sure I didn’t use anachronistic terms; the historical quotations in the OED allowed me to check whether certain words had come into usage yet. (If you catch me out somewhere in the book, let me know; maybe someday I’ll fix it.) I’d link to those, but I only have access to them via my university login.

I also made use of “Elizabeth’s Household,” a bachelor’s thesis in history by someone named Sara Batty; I have no idea how I came across it, but it gave me a good sense of the servant-side machinery that propped up the royal court. The NASA website provided sixteenth-century astronomical information for a particular flashback scene, while a program called Stellarium allowed me to work out — I kid you not — the phases of the moon in 1590. (Did I need to do that? No. But my fiancè was playing around with it, and I asked him to check. Because I could.) I know those aren’t the only electronic resources I used — for example, there were a couple of webpages about a certain earthquake, that I never bookmarked; also an online copy of Henry VIII’s Act of Succession — but they’re the major ones that spring to mind. Oh, and a nifty little UNIX widget that let me match dates to days of the week, and to figure out when Easter fell in 1590.

(Oh, yeah, and I made that week-long research trip to London.)

. . . you know, now that I’ve compiled this entire list, I take back the modesty I started it with. I did do a crap-ton of research. If it’s not as much as other people have done, that only proves that other people had more time. 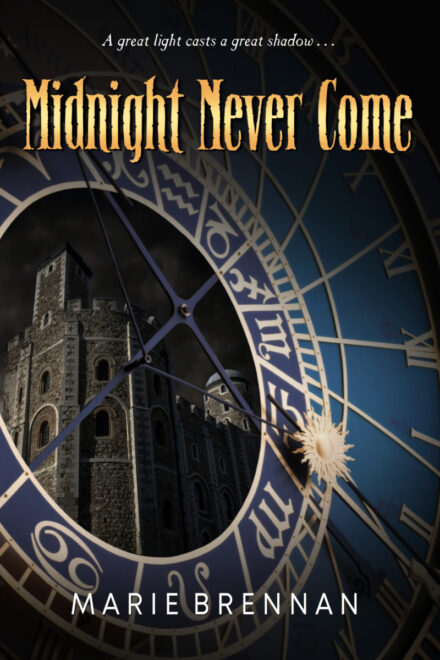